This year, Denmark and Japan celebrate 150th anniversary of diplomatic ties between the two countries and in October the Danish Crown Prince and Crown Princess lead a business and cultural promotional campaign in Japan.

The Danish comic strip icon Rasmus Klump took part as a mascot for the celebrations of the diplomatic ties. Rasmus Klump fits in perfectly in the Japanese universe, where mascots are an important part of the branding. Rasmus Klump symbolizes Danish “hygge” and happiness in combination with life warnings and courage to explore the world.

Denmark’s ambassador to Japan, Freddy Svane, has chosen Rasmus Klump as mascot for the celebrations.

”Denmark is the happiest country in the world, where ”hygge” and happiness go hand in hand. My friend Rasmus Klump adds courage and stolidity, and in 2017, Rasmus Klump - far from home - goes hand in hand with his two best friends, namely Denmark and Japan, "says Freddy Svane.

Egmont Publishing launched Rasmus Klump as a brand in Japan in 2014, and today over 300 Rasmus Klump products are in the Japanese market.

Danish lifestyle, design, health, and food was in focus of the visit. Rasmus Klump was voted Design Icon in 2014. In the book '101 Danish design icons' about important Danish designs, Rasmus Klump is honored for both his design and his universe of peace and dedication.

Rasmus Klump was created as a newspaper strip in Berlingske Aftenavis in 1951, and four years later he appeared in 120 newspapers in 21 countries. Rasmus Klump is a literary export adventure only handed over by H.C. Andersen, Karen Blixen and Søren Kierkegaard, as stated in the design book. 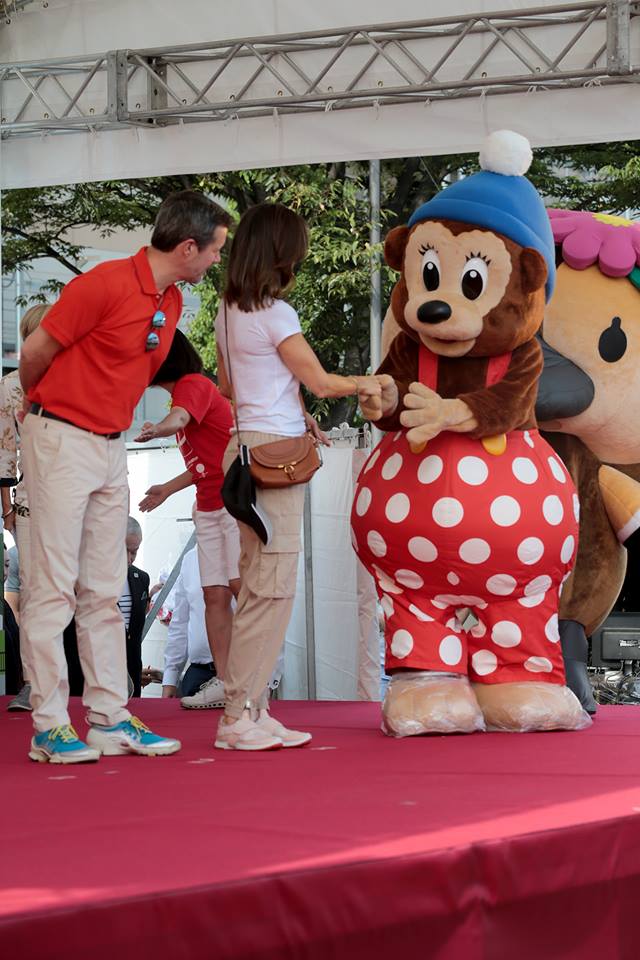