As print media come under increasing pressure, niche magazines like Gastro, Goal and RUM are enjoying particular favour with readers. In 2008 editor-in-chief Mette Barfod helped create RUM, and the magazine has now taken off internationally. RUM is published monthly in Denmark, and as of 2017 its international edition will be issued twice a year.

From day one I can sense we are onto something: the market needs a magazine like RUM. Readers and advertisers have shown great interest in an international home magazine and backed the project from the outset. I was asked to come up with an idea for an international home magazine because Egmont wanted to gain a toehold in the market, and although the launch came in the throes of the 2008 financial crisis, we were fortunate that international interest in Danish and Scandinavian home interior and design had grown and keeps on growing.

We are seeing a general upturn in sales of narrow niche magazines. In Denmark home magazines have each found their own specialised target group, unlike fashion magazines, which have to compete more aggressively for the same market. We are also fortunate because interest in home interiors and design has continued. Danish design brands are successful out in the wider world and have made a big name for themselves, a status that rubs off on RUM and boosts our success as an international magazine.

RUM is developing
To maintain its appeal, a magazine must develop – in terms of not only its layout and home feature articles but also the range of homes it has the privilege to visit. RUM is targeted at people who are design savvy – design geeks. However, we also want to reach readers seeking ideas and inspiration for their own homes – both young people on a tight budget and those well enough off to afford the items they see featured in the magazine.

The magazine has a talented team of editorial staff and freelancers. Many of us have been involved from the start, and our freelancers have been good ambassadors for the magazine and helped it on its way. Trade fairs are essential in keeping us abreast of trends. We also follow blogs and Instagram. We really stay up to date!

Readers call our style the ‘RUM style’, and freelancers on other assignments are sometimes asked if they can do it. This is a huge pat on the back for the magazine, because it means we have a sharply defined brand and style that we stay true to. I think it is important for the magazine’s identity to be crystal-clear. At present, books are being published about Danish ‘hygge’, or cosiness, and the magazine’s Danish title does not hurt. Readers can instantly decode the word RUM, and most say, ‘Ah, it means room.’

RUM worldwide
In 2016 we published Egmont’s first-ever international magazine, RUM International, in English. Launching an international magazine is such a thrill. Will anyone even buy it? But sales have gone really well. The magazine now comes out in 20 countries, and we had to run a reprint after three weeks because the issue had sold out! We launched RUM International at a design fair in Shanghai, China – at the invitation of the Danish consulate. We also held launches in Milan and New York. Intense interest in Danish design and RUM is being shown in New York, where we have the backing of longstanding local partners as well as Danish firms wishing to enter the US market. 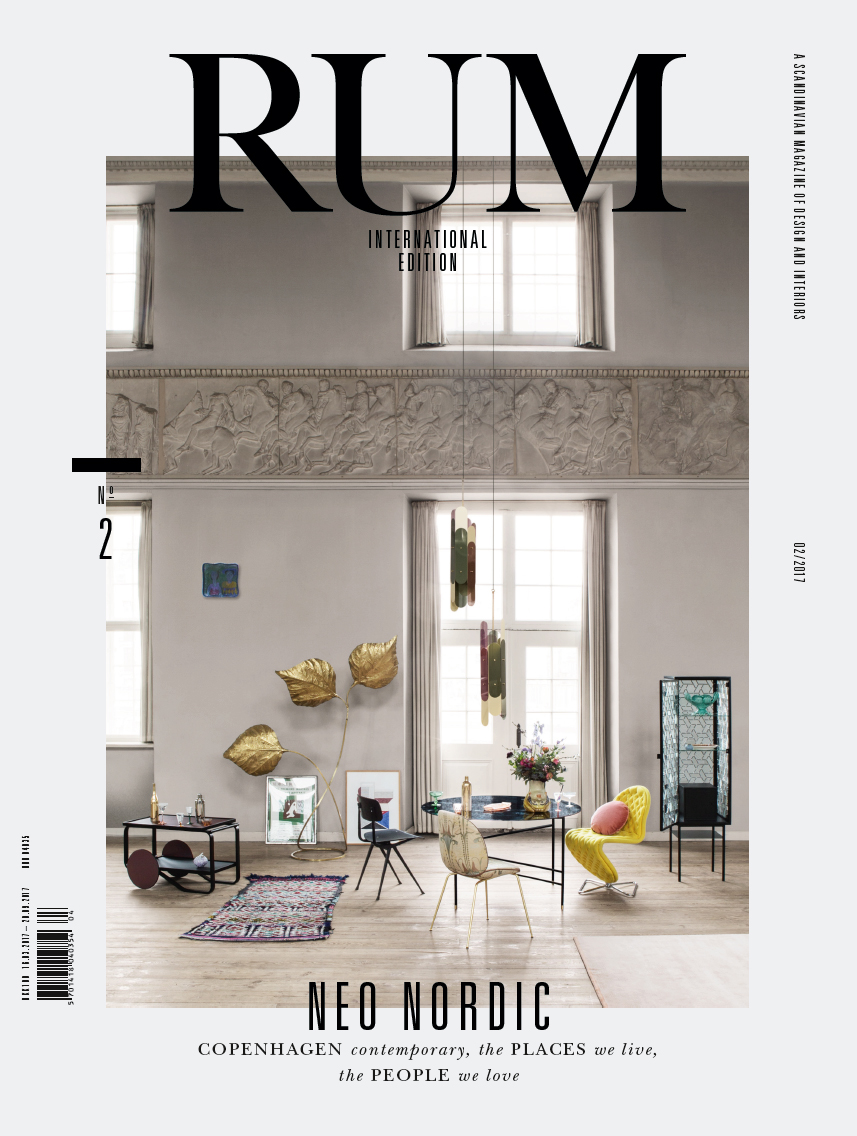